The nouns stand for the names of people, places, animals, and things. The word noun means name. Look at these sentences.

“John lives in Chicago. He has two bikes. He is fond of riding bikes.”

These are used for saying something about persons or things. The verb is concerned with doing or being.

These are joining to nouns to describe them.

Words that are used instead of nouns to avoid tiresome repetition. Instead of using the word man in a composition, we often write he, him, himself.

Some of the most common pronouns are

Imran was hurt. He didn’t panic.

He checked the mobile. It still worked.

Examples: A house on a hill. Here, the word “on” is a preposition.

The noun and pronoun that follow the preposition are called its object. We can identify prepositions in the following examples.

On 14th August, on Friday, on the table

However, we use “in” for morning and evening.

They join words or sentences.

In the above sentence, “and” is a conjunction.

Interjection words are not connected with other parts of a sentence. They are through into a sentence to express some feeling of a mind.

Examples: Hurrah! We won the match. 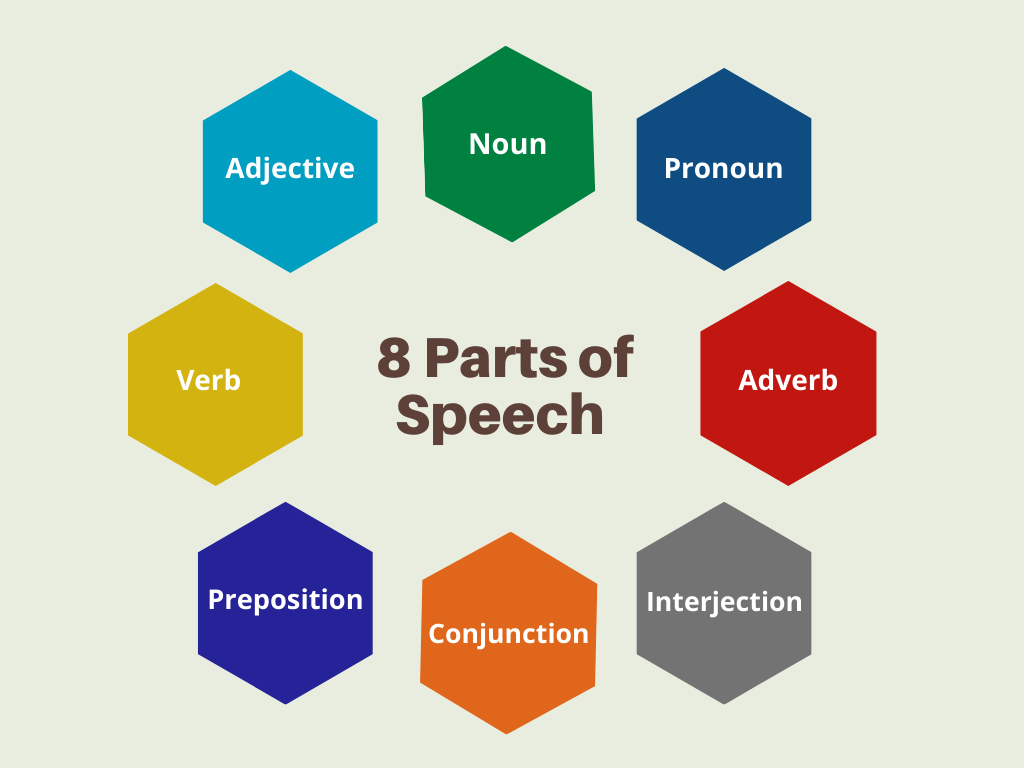